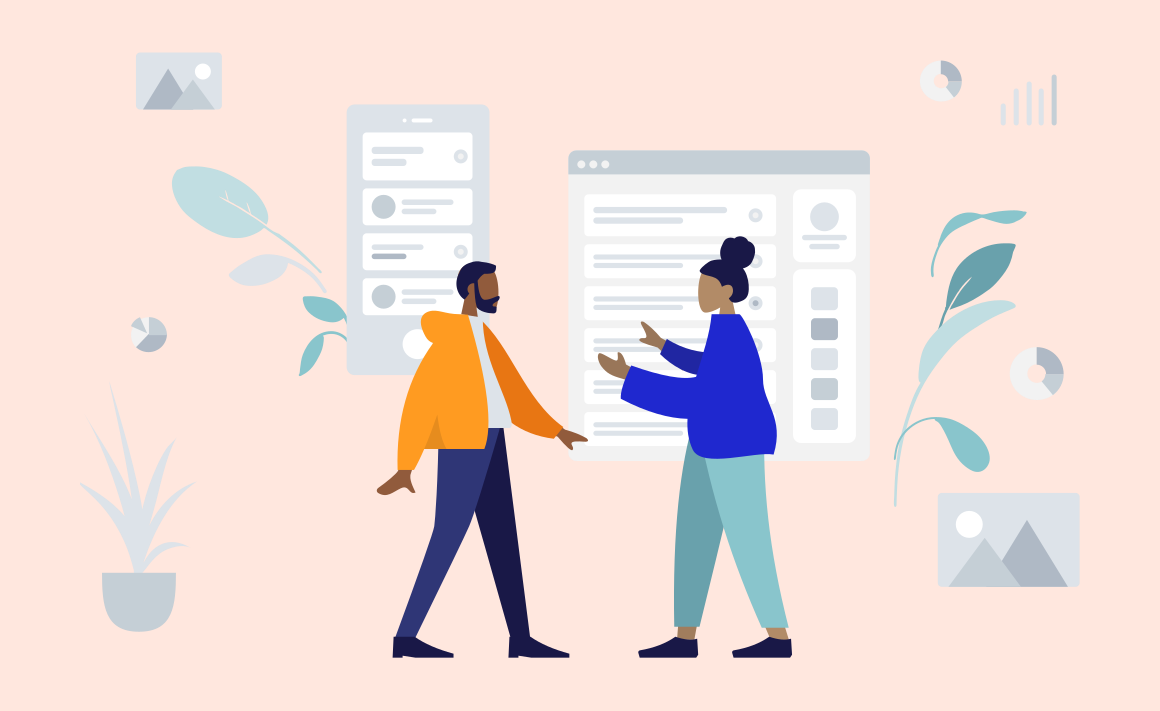 Use Stories to Talk Your Way to Success

Learning to communicate your message through stories can transform your life.

Entering my first year of college at the University of Cincinnati, my hometown school, I chose Entrepreneurship as my area of study. I looked up to the creative thinkers of history, the people who wrote their own rules and did things their own way on their path to greatness. From musicians to actors and athletes, to politicians and businessmen & women, I was drawn to the creativity and charisma of the most impactful people to ever live, and saw entrepreneurship as a way to develop those skills in myself.

However, by the end of my first full year, I was pretty certain that I was going to be switching my major. It wasn’t that I didn’t necessarily want to start my own business, because I wasn’t exactly sure where I wanted my career to go, but I wanted to expand my skill set into different topics. During the fall semester of my second year, I made the decision to change to a double major in Marketing and Business Analytics. What led me to this decision was surprisingly not a business class, but an English class I took during my first year called Business Communications.

The class was very well structured by my professor, and was one of the classes I looked forward to attending three days a week. Part of the class revolved around developing public speaking skills, an area in which I admittedly had room for improvement. The parts that really resonated with me, however, and ultimately led to my change of major, were the lessons on effective communication. We were required to memorize and repeat an acronym, SUCCESs, with a small “s” at the end for no reason other than to make it an actual word. The acronym stood for “Simple, Unexpected, Concrete, Credible, Emotional, Stories.” As we learned, following these simple principles will make for extremely persuasive messages, no matter the intent of the message, and with a good delivery can be incredibly powerful.

I felt the combination of marketing and business analytics would allow me to effectively understand data, while also being able to creatively and persuasively tell the story of that data, and communicate why it matters. Since this switch, I’ve learned even more about the power of storytelling, and how it can help you in various aspects of your life and career. Whether you’re going into an interview, pitching a product to a customer, pitching a business to an investor, or just convincing a friend of your opinion, harnessing the power of story can give you the needed edge and cement your message in the minds of your peers.

Humans connect through emotions. Most of the people we truly look up to have earned our respect not simply because of their wealth or their success, but because of their backstory. We all celebrate people who undergo considerable challenges and setbacks, yet find their way to success. Their struggles, failures, and perseverance invoke our empathy, and oftentimes earn our lifelong support due to the emotions we come to associate with them. The most persuasive stories resonate with listeners by building on their emotions, and then tying the narrative into the call to action, which is the action a speaker hopes his audience will take.

Undoubtedly one of the greatest speeches in American history, and world history, is the famous “I Have a Dream” speech by Dr. Martin Luther King, Jr. It’s dissected in schools as a pivotal moment in America’s fight for civil rights, and was a milestone of the Civil Rights Movement. In the speech King spoke of the promises America was founded on, and how throughout America’s history those promises were methodically withheld from black people. The speech as a whole was a story of American redemption, starting with the signing of the Emancipation Proclamation and leading into the ongoing oppression of black Americans.

The most memorable and famous part of the speech came when King began evoking his vision for the future of the country. Repeating the phrase, “I have a dream,” MLK painted the picture for a more fair and equal America, where people of all races and backgrounds could be united and no one would experience a different America on the basis of their outward appearance. King built up the emotions and empathy of the audience all throughout the speech by telling the story of the historical struggles and oppression faced by black people in America, and then drove home his message by tying it back into his objective of changing this harsh reality. This section of the speech communicated King’s goal and call to action in a way that facts and lists could not, and became a major catalyst for inspiration and change.

Stories do not need to be long and detailed to be persuasive, and they can even be told as hypothetical situations that put the call to action in perspective. One of the most influential innovators of the 21st century was Steve Jobs, the co-founder and eventual CEO of Apple Inc. Jobs started Apple with Steve Wozniak and Ronald Wayne and built it into one of the biggest and most exciting brands in the world. Before Jobs’ death in 2011 from cancer, he would change the world forever with innovative products like the iPod, iMac, iPhone, and iPad. Jobs was known to be an unbelievably persuasive person, and could get people to do the impossible due to what people called his “reality distortion field.” He was capable of convincing himself and others that anything was doable, no matter how unrealistic it seemed, and more often than not it led to groundbreaking innovation.

Part of the reason Jobs’ reality distortion field was so persuasive and effective was that he often portrayed his vision through stories to inspire his employees, making them emotionally invested in whatever feature Jobs wanted them to create. In one instance, as detailed in the book Steve Jobs by Walter Isaacson, Jobs was unhappy about how long it took for the in-progress Macintosh computer to start up. An engineer named Larry Kenyon began to explain to Jobs why it took so long, but Jobs cut him off and asked, “‘If it could save a person’s life, would you find a way to shave ten seconds off the boot time?’” This hypothetical question conveyed an entire story to Kenyon and made him emotionally invested, in just one simple sentence. Kenyon ended up shaving 28 seconds off the start-up time of the Macintosh.

It wasn’t just employees that Jobs told a story to, though. It was also consumers as a whole. Rather than pumping out advertisements about the features of Apple computers and what they could do, Jobs instead used his advertisements to tell the story of Apple, and why customers should choose their products. When Jobs became interim CEO in the mid-1990's, one of his first moves was an advertisement intended to reposition Apple as a revolutionary company that was changing the world. He did this with the “Think Different” campaign. The roughly minute-long TV ad displayed some of the most influential and inspiring people in world history; from Albert Einstein to Martin Luther King, Jr. to Muhammad Ali and many more.

As videos of these revolutionaries played on the screen, a narrator gave them tribute. The advertisement essentially explained how they all chose to stray from the status-quo, and changed the world because of it. The ad ended with the statement “The people who are crazy enough to think they can change the world, are the ones who do.” Through this advertisement, Jobs communicated to the audience that this was the story of Apple, and that by purchasing its products customers would help change the world. The result was the rebirth of Apple, a company that would truly transform everyday life in the form of revolutionary technology.

I recently read a book called Tell to Win by Peter Guber that discusses this exact topic and how stories can effectively communicate your message. One of the passages that stood out to me is a perfect example of how stories can be used in your own career to attain your goals. Guber told the story of a young woman in one of the classes he taught at UCLA. She was talking to her friend in class about why she chose a profession in film-making, and was detailing how her father had amazing visual literacy skills, but was unable to read. Guber overheard the conversation, and listened to the woman explain how she chose this career path so she could help people like her father by telling his story. Guber was touched by the story behind the woman’s passion and motivation.

At the end of the semester, the class had to present in front of executives from film companies, where the students could talk about their experience, goals, and motivations. Students who impressed the executives could potentially be hired, and Guber felt the woman would hit it out of the park and catch their attention due to her amazing backstory. When she presented, however, he was disappointed to see that she simply walked through her qualifications instead of telling her background and how she was driven by her father’s situation.

Obviously your resume matters; we wouldn’t have started Savviest if it wasn’t vital to have a high-quality resume showcasing your experience and accomplishments. But the power of stories and emotion is another skill you should package alongside your list of accomplishments. Engage your audience by telling them the why and how that makes the what worthwhile. If you can grab their attention and make them emotionally invested in your message, any goals you have will be more attainable, whether it be getting hired from an interview, securing an investment in your business, or inspiring someone to take action.

Build your career faster, better, and smarter: The Savviest Method

Clarifying Your Direction: A Career Choice Activity from a Therapist’s Office

5 Interviewing Tips to Help You Land a Job Offer 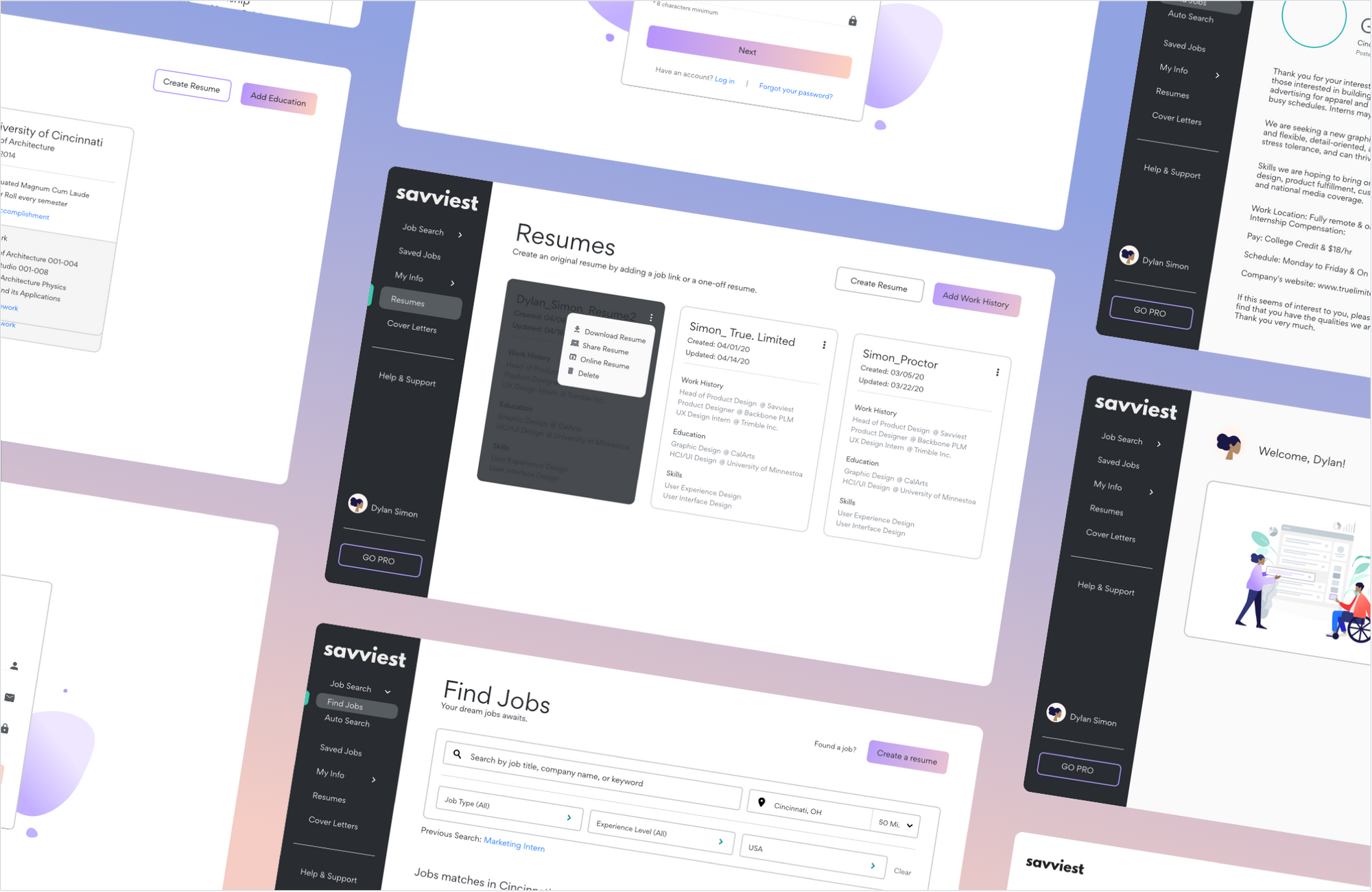